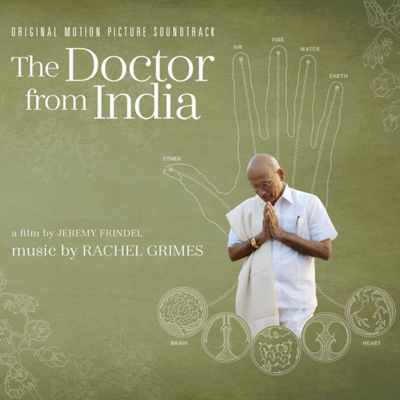 Pianist, composer, and arranger Rachel Grimes has created a singular body of work, both as a solo artist and as a member of the group Rachel's, that negotiates a surprisingly graceful alliance between contemporary classical and indie rock. A native of Louisville, Kentucky, Grimes began playing piano as a child, and studied music at the University of Louisville, receiving a B.A. in 1993. In 1991, her friends Jason Noble (guitar and bass) and Christian Frederickson (viola), living in Baltimore, recorded a cassette-only EP they called Rachel's Halo, and passed along a copy to Grimes. Grimes liked the music, and teamed up with Noble and Frederickson to form the group Rachel's (named not for Grimes, but for Noble's automobile). The group, whose membership would expand and contract with the needs of each project (sometimes including as many as 17 musicians, and at other times just featuring the core trio), struck a deal with the successful independent label Quarterstick Records, releasing their first album, Handwriting, in 1995. Grimes was commissioned to write music for a dance piece about the artist Egon Schiele, and her score became the basis for Rachel's second album, 1996's Music for Egon Schiele, while the ambitious and expansive The Sea and the Bells, written by several members of the group, including Grimes, appeared later the same year. Rachel's would release three more albums (including a collaboration with Matmos) before the band went on an informal hiatus after 2003's Systems/Layers, and folded after the death of Jason Noble in 2012.

Since moving on from Rachel's, Grimes has maintained a busy schedule, recording with the indie rock acts Seluah, Watter, Christopher Tignor, the Frames, and Nathan Salsburg, as well as performing with the chamber ensembles Portland Cello Project, Orchestra Kandinskij, Amsterdam Sinfonietta Trio, and Cicada. Grimes was a member of the group King's Daughters and Sons, who released If Then Not When via Chemikal Underground in 2011. Grimes' first solo album, Book of Leaves: For Solo Piano, the first of several meditations on nature, was released in the summer of 2009, and since then, she's released several digital albums and EPs, as well as composing and performing commissioned pieces around the world. In 2015, Grimes released the album The Clearing, a cycle of instrumental pieces adapted from her own piano improvisations featuring performances from Kyle Crabtree of the Shipping News, Scott Morgan of Loscil, Jacob Duncan of Liberation Prophecy, and Helen Money. In 2017, Grimes released Through the Sparkle, a collaboration with the Scottish ensemble Astrid, featuring pieces she wrote with the group during visits to Europe in 2012 and 2013. ~ Mark Deming